The Redberry Technology is able to detect single live cells or in large volumes of liquids*. It is based on high resolution and high sensitivity imaging techniques combined with an innovative fluorescent staining method. This unique combination of technologies makes possible the instantaneous detection of live cells at cost, performance and ease-of-use never reached before. 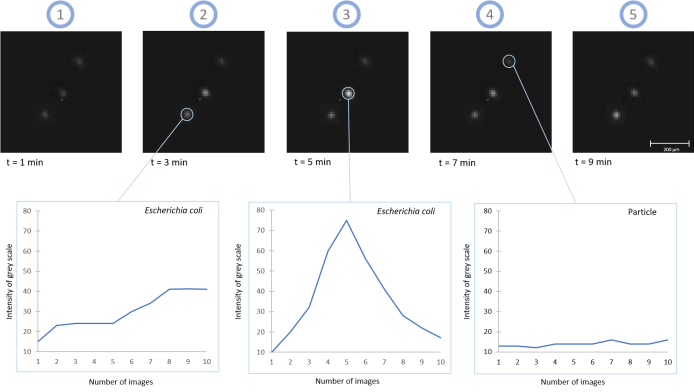 The performances of the Redberry technology rely on the solid-phase cytometry technology. Unlike conventional cytometry systems, the system is capable to monitor the evolution of fluorescence emitted by the microorganisms over time, the so-called staining kinetics. To that end, pictures of samples are taken before, during and after the staining process. Inert and autofluorescent particles are thus differentiated from viable microorganisms thanks to picture comparison and analysis of fluorescence emission over time. As a result of which, more than 99% of inert particles (background) can be eliminated from counting results. Our patented approach is applied to the detection of both single cells and microcolonies.

Redberry technology allows quantitative analysis of samples tested i.e. provides a precise enumeration of live cells contained in a sample. The first application developed by Redberry is Total Viable Count (TVC). Due to the generic design of Redberry Instrument, organisms can be detected using different specific dyes. A first assay for the specific detection of Escherichia Coli is under development. 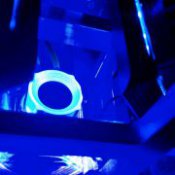 Principle of the staining kinetics of Escherichia coli (ATCC 12923)